People said that the temple was built by generations of Tran for the purpose of religion practice at time when they abdicated the throne to live in palace Vu Lam which lied in the forest to prepare for fighting against Mongolia (1258). Tran Temple was also called Noi Lam temple which means forest temple.

Tran temple worships King Quy Minh Dai Vuong and his wife Queen Hoang Phi. According to legend, consecrated Quy Minh was a General of the army under Hung king, he was appointed to protect region of Son Nam (ancient name of Hoa Lu district)

Tran temple was constructed following architecture style of word "Nhi" with character like "(=)", it means 2 parallel buildings; the first house and the second house were divided by the small yard.

The first house called "Tien bai" consists of 2 compartments, the roof made of concrete, while the inside ceiling made of green stone. Outside of the building are 4 monolithic columns which are 1,47m in height, with dimension of 20x16 cm. 4 columns were decorated with relief images such as dragon, cloud, river, lions, Cyprinidae, flowers…

Hau cung building has a 3 storey retable made of monolithic green stone which worship King Quy minh dai vuong and his wife.

Art of relief in Tran temple is the apex of sophisticated and aesthetic value. 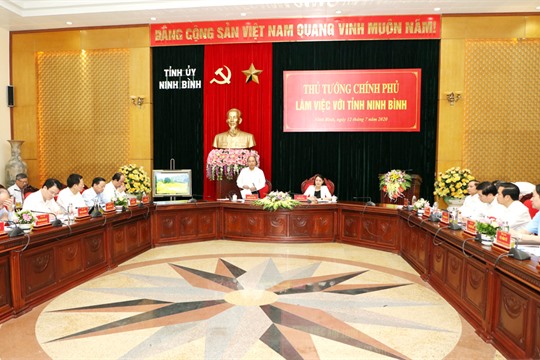 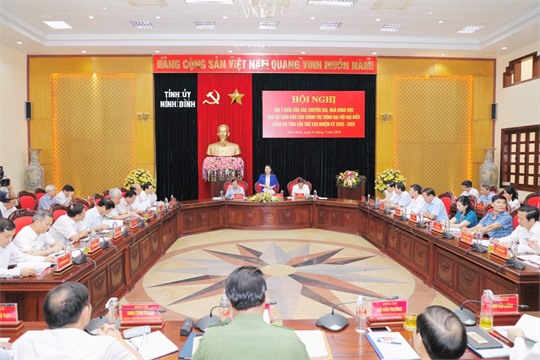